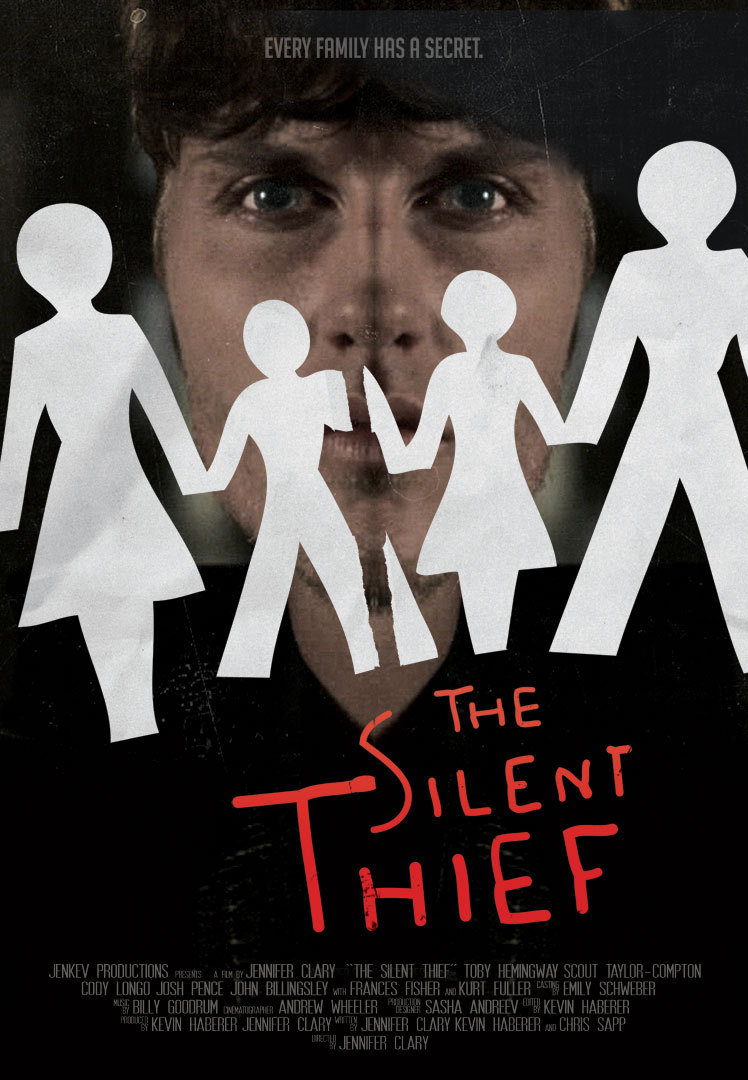 The Silent Thief is a psychological thriller that examines familial bonds, the human need to belong and the thin line between sanity and insanity. Brennan Marley is an outcast drifter who threatens to destroy a family's unity by displacing their biological son, Mike Henderson, while he is away at college. Hungry for acceptance and exceptionally cunning, Brennan becomes a boarder at the Henderson family's beach home under false pretenses. Claiming that he is an orphan from England, Brennan uses his manipulative prowess to ingratiate himself with each member of the Henderson family before Mike returns home from college for Christmas vacation. As Brennan's tactics become increasingly pernicious, psyches are driven to the breaking point, long buried family secrets are revealed and violence ensues.

When a college student starts having a reoccurring nightmare, she begins to believe that it's a suppressed memory. Her search to find the answers forces her to confront her past traumas, while at the same time, helps her unlock a mystery that may bring a killer to justice.
Official Photos IMDB

A secret government facility becomes ground zero for the most horrific prison break in the history of mankind.
Official Photos IMDB

An aging, former movie star is forced to face the reality that his glory days are far behind him. On its surface DOG YEARS is a tale about faded fame, but at its core, it's a universal story about growing old.
Official Photos IMDB

Two Y generation dreamers meet and begin dating through false pretenses but when their lies catch up with them they are forced to take a good look at their choices and become the people they dreamed of.
Official Photos IMDB
codylongo

This website uses cookies to improve your experience while you navigate through the website. Out of these, the cookies that are categorized as necessary are stored on your browser as they are essential for the working of basic functionalities of the website. We also use third-party cookies that help us analyze and understand how you use this website. These cookies will be stored in your browser only with your consent. You also have the option to opt-out of these cookies. But opting out of some of these cookies may affect your browsing experience.
Necessary Always Enabled
Necessary cookies are absolutely essential for the website to function properly. This category only includes cookies that ensures basic functionalities and security features of the website. These cookies do not store any personal information.
Non-necessary
Any cookies that may not be particularly necessary for the website to function and is used specifically to collect user personal data via analytics, ads, other embedded contents are termed as non-necessary cookies. It is mandatory to procure user consent prior to running these cookies on your website.
SAVE & ACCEPT